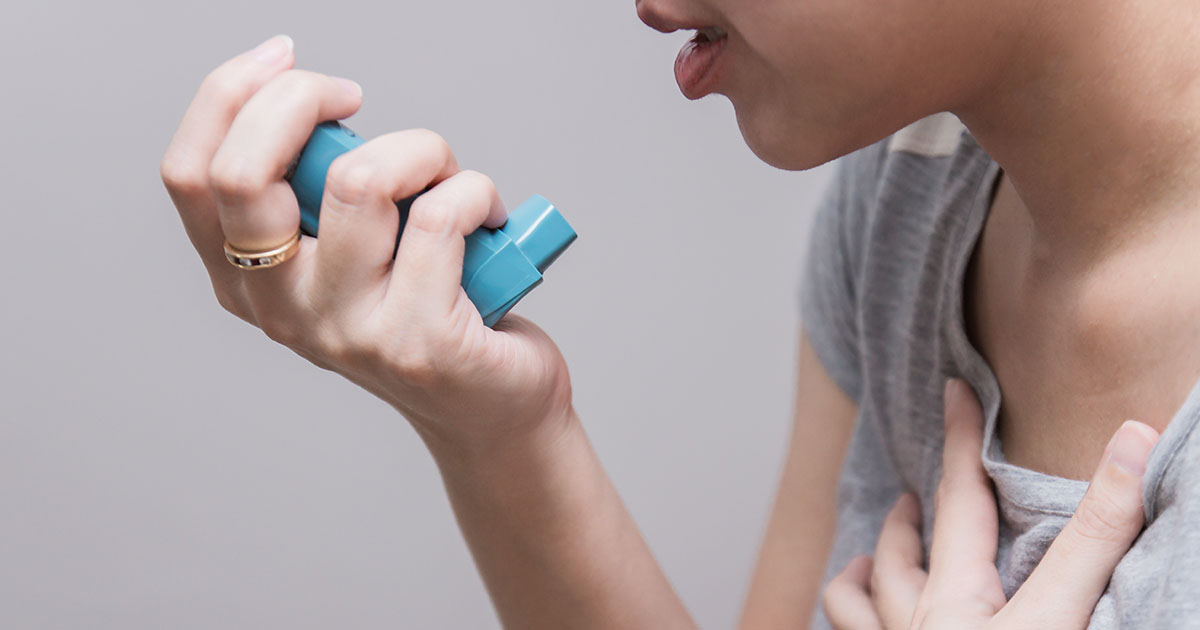 The best way to treat an asthma attack is by acting quickly.

In an ideal situation, you’d have a quick-acting inhaler at your disposal. This type of inhaler is also called a rescue inhaler. An example of this type of inhaler is albuterol (ProAir HFA, Proventil HFA, Ventolin HFA). At the onset of an asthma attack, you’d likely be asked by your physician to take anywhere from two to six puffs of this inhaler.  Generally, this dosage can be repeated in 20 minutes.

For severe symptoms – such as your shortness of breath is extreme, or you are unable to speak – the step above should be taken, but you must consider the fact that you may need to see your physician, go to an urgent care clinic, or even go to the emergency department, depending on the severity of your symptoms.

Once you begin to feel better, your physician may ask you to continue using the rescue inhaler every four hours for several days.  This inhaler may reduce inflammation that is continuing in the lungs due to the exacerbation.  Your physician may even prescribe an oral medication called a corticosteroid.

For asthma that progresses, as we previously discussed, an emergency can occur.  If you must seek emergency treatment, here are some things that may occur:

What to Do for an Asthma Attack Without an Inhaler

Someone with asthma should always carry a rescue inhaler. It should be used at the initial sign of an asthma attack. But what can be done to survive an asthma attack without an inhaler?

You May Also Like:Allergies, Genetics, or Both: What Causes Asthma?
Related Search Topics:

Here are some tips that may help reduce your asthma attack severity:

Of course, this is not the ideal situation – regularly check that your car, purse, backpack, or whatever your carry has a rescue inhaler.  Follow your asthma action plan as recommended by your physician whenever possible.

If you're still wondering what best way to treat an asthma attack, it's through prevention and identifying your asthma triggers. By practicing prevention, you will prevent asthma attacks from occurring in the first place.

However, even with the best of intentions, sometimes an asthma attack will occur. Knowing how to treat it is important – and potentially life-saving.