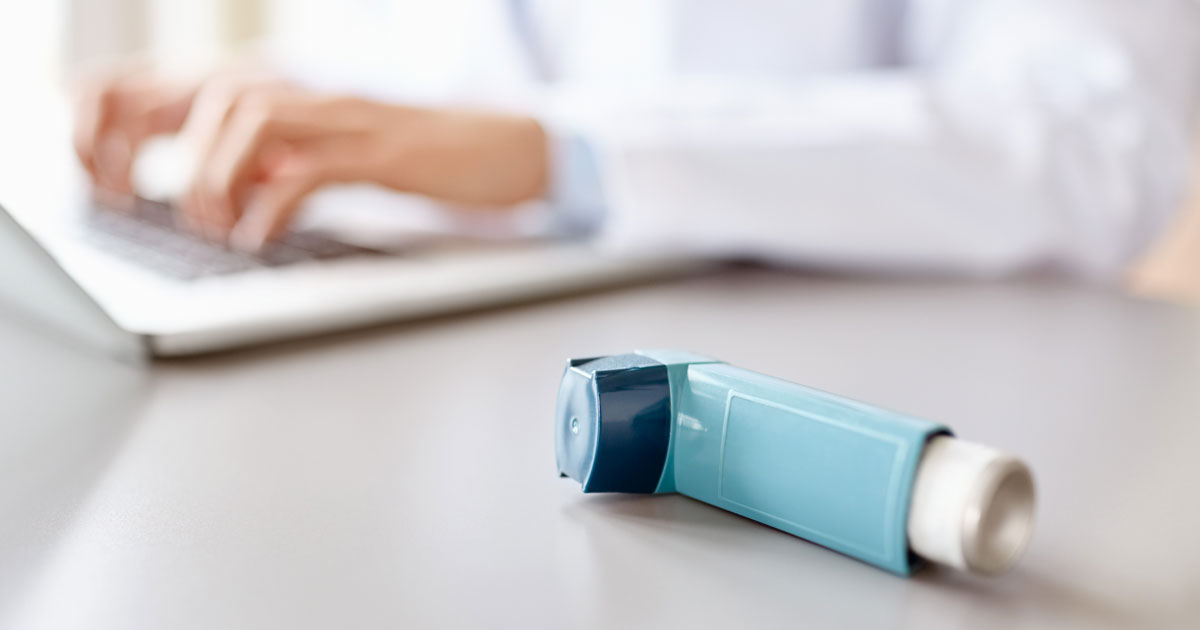 Often, developing asthma is inevitable. However, the AAAAI does note several tactics for asthma prevention. They may not be foolproof, but they are worth a try.

Preventing food allergies from occurring can be helpful. But how the heck can we do this? Well, research indicates that infants who have a sibling or a parent with a food allergy are at an increased risk of developing food allergies themselves. This risk can be mitigated by allowing the mother to eat a full diet during gestation (unless she has food allergies herself). In addition, breastfeeding is recommended as it is least likely to cause an allergic reaction.

To reduce the risk of allergy in the infant and toddler, it is recommended to…

Preventing environmental allergies is also helpful, but can be difficult. Perhaps the easiest thing to control is a child’s exposure to dust. Dust is highly allergenic, and once an allergy to dust is formed, exposure can send a child into a full-blown asthma attack.

As a child who grew up with a dog in the house, then immediately got a dog when I moved in with my soon-to-be husband (and got another dog shortly after marriage), I really, really didn’t want to believe that having pets in the home could be the cause, or at least promote the worsening, of asthma.

But consider this anecdotal evidence. All four kids in my family have asthma. We’ve always had a dog. My husband also has asthma (albeit a very mild form), and his family home had a dog, then cats.

I’m in tears reading this. “Do I have to give up my dogs?” I think?

So, who is right?

I suspect it may be a combination of factors.

Not every child has an allergy to animals, but some children have allergies to environmental allergens. Pets who spend time outdoors are more likely to bring these allergens inside (such as pollen and grass), causing allergic reactions and asthma.

However, taking proper care of our pets who come inside can mitigate this from occurring. Bathing our pets or simply washing them down with a damp cloth may prevent the dreaded allergic reaction.

Unfortunately, for the child that has an actual dog or cat allergy, exposure to pets could increase the risk of developing asthma.

Plus, we know by now that smoking is not good for much of anything.

Is there a Cure for Asthma?

Dr. Henry McSorley of the Medical Research Council Centre for Inflammation Research at the University of Edinburgh, stated, “We have known for some years that infections with parasitic worms appear to protect people against asthma."

His team of researchers have isolated a protein molecule – H. polygyrus Alarmin Release Inhibitor (HpARI) – that seems to prevent allergic reactions in mice. Mice with the intestinal parasite Heligomosomoides polygyrus (HES) interfere with interleukin-33 (IL-33), a secretion that is produced in response to immune reactions like asthma. To tie these all together, “In the new investigation, the team screened the substances secreted by HES and identified that the protein HpARI was blocking the release of IL-33 and "consequent allergic sensitization."

You May Also Like:How to Gain Control Over Asthma and Anxiety
Related Search Topics:

Their findings indicate that HpARI is an asthma treatment – and also a tool for investigating the role of IL-33 in immune function.

Also, researchers in Melbourne, Australia are working hard to develop a medication that treats the underlying cause of “thunderstorm” asthma.

What Is “Thunderstorm” Asthma?

Well, as it turns out, it is a moniker for common asthma that a lot of us may have. This specific type of asthma is the result of an allergic response to ryegrass pollen particles – and “thunderstorm” because it is more frequently released into the air during or after a thunderstorm.

This all means that if you have an allergy to this type of pollen, you could ultimately end up with asthma.

The research rolled out since 8,500 people were hospitalized – and nine died – from asthma-related attacks after thunderstorms in Melbourne last year. And the research is promising; several of the leads may block the inflammatory response that causes asthma.

According to Dr. Allan, one of the researchers, “It effectively rewires the cell so it can’t drive that disease anymore. As opposed to Ventolin, which opens up the airways but doesn’t do anything to the immune system, we want to destabilize those cells during the reaction. The next time you become exposed you might actually switch those cells off completely; that’s the dream.”