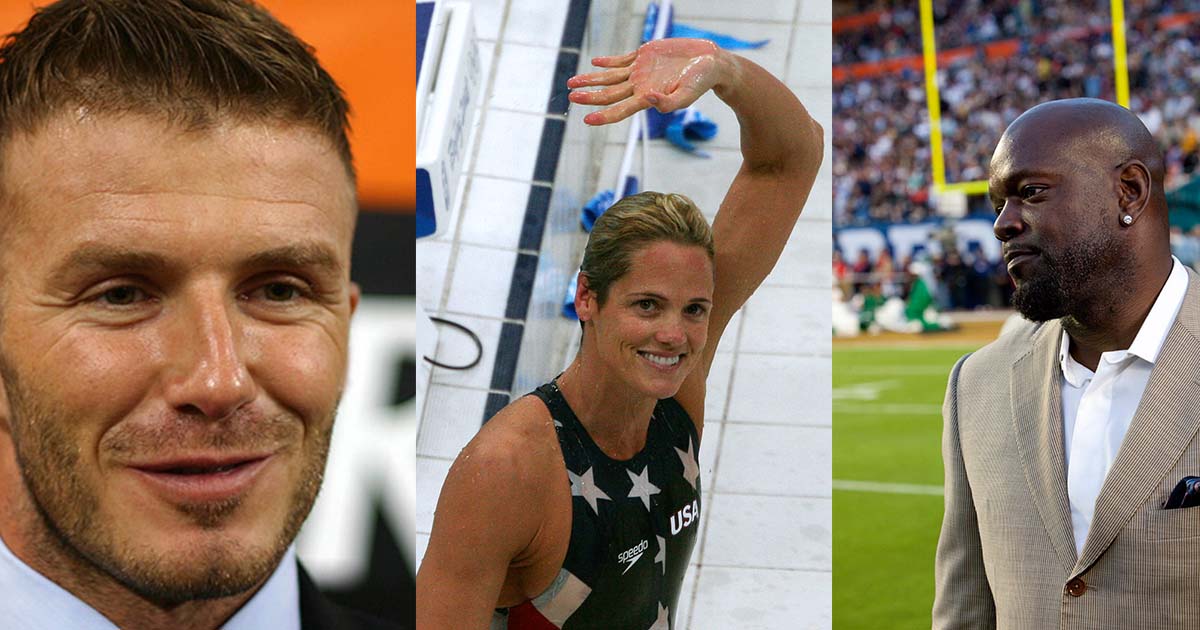 If you have asthma, it can sometimes be hard to imagine running a mile, much less running a marathon or playing a full game of hockey.

However, it is entirely possible to be an athlete while having asthma.

Numerous famous athletes have asthma. In fact, The Globe and Mail reported that 700 out of the 10,000 Olympians who competed in the 2012 summer Olympics in London.

Four-time Olympian and three-time gold medalist, Jackie Joyner-Kersee, wasn’t diagnosed with asthma until she was a freshman at UCLA.

At the time, she was running track and playing basketball when she couldn’t catch her breath.

Per her report, it took her several years until she took her asthma medications as prescribed. In 2000, she told Sports Illustrated, “I finally learned I had to respect asthma as much as I would an opponent.”

Football superstar, Jerome Bettis, was diagnosed with asthma at the age of 15 when he passed out during a high school football tryout.

However, he managed to keep it under control – he went to college at Notre Dame, became NFL’s Rookie of the Year, played 13 seasons, and won a Super Bowl.

He reports that he even had an asthma attack during one particularly humid football game, although he kept an albuterol inhaler on the sidelines. It was treated with a nebulizer treatment, and he was able to return to play the game.

He accomplished all of this as an asthmatic – very impressive because basketball requires endurance.

Soccer superstar, David Beckham, is reported to have asthma supposedly since he was a small child, per the Daily Mail.

The news of David’s asthma didn’t surface until the past several years, although David had a very successful soccer career for about two decades prior.

Per his agent, “He has never sought to make it public but if it does inspire any sufferer to think they can achieve great things like many other sportsmen have done then so much the better.”

Tampa Bay Lightning defensive man, Dan Girardi, has had asthma since he was a child.

Per his report, he has had a medical plan that keeps his asthma in control, which has allowed him to have a successful hockey career.

In fact, she came into her sport because she was encouraged to do so to strengthen her lungs. Amy states of her asthma, “I’ve never thought of it as an obstacle… It’s actually made me stronger. Six golds in two Olympics.”

You May Also Like:Have You Heard of the Infamous Asthma Peak Week?
Related Search Topics:

Olympic figure skater Kristi Yamaguchi earned her first gold medal in 1992 in Albertville, France. She later went on to become World Champion twice, as well as National Champion. For those of you who are “Dancing with the Stars” fans, she was also a winner there as well!

Kristi was diagnosed with asthma as a child, but did not let her asthma stop her from becoming an elite athlete. In fact, not only did she medal in the Olympics and become champion, she became a spokesperson for the American Lung Association in 2011, advocating for those with lung conditions.

According to HealthGrades, Kristi’s tip is to, “cover your mouth and nose with a scarf to help warm the air before it gets to the lungs.”

This pro-footballer was a running back and played for the Dallas Cowboys, ultimately playing in the NFL for 15 seasons. He is a three-time Super Bowl winner and holds the NFL record for rushing. He is the only running back to win a Super Bowl, the NFL most valuable player, the NFL rushing crown, and the Super Bowl Most Valuable Player award – all in one season.

Many argue that he is the greatest running back of all time – despite the fact that he played while battling asthma symptoms.